Cost does not Include

Lhasa to Kathmandu Tour is an opportunity to visit some beautiful Tibetan cities like Lhasa, Shigatse, Shegar, Zhangmu, etc. This multi-country tour allows you to explore the interesting places in Tibet and some historical and cultural sites in Kathmandu, Nepal’s capital city. It mainly focuses on religious, cultural, and historical sites in Kathmandu and Lhasa and a scenic overland drive along with the astonishing landscapes of Tibetan cities back to Kathmandu.

Lhasa–the place of the Gods

Lhasa, the capital city of Tibet, is also popular as the place of God. Lying at an elevation of 3600 meters, Lhasa is an administrative city of Tibet. The magnificence of this city is beyond the imagination of any first-time traveler. The city preserves some fantastic forms of art, architecture, and Buddhism religion. The grand palaces, temples, and monasteries are the treasures that this city beholds. Besides, Lhasa is one of the oldest and largest Tibet cities with some sacred sites like Potala Palace, Jokhang temple, Norbulingka palace, Sera monastery, Drepung monastery, etc.

The lively Lhasa to Kathmandu tour starts from the capital city of Nepal–Kathmandu. After a guided tour around Kathmandu’s heritage sites, a flight will take us to the administrative center of Tibet, i.e., Lhasa. Here, we have so much to explore and experience.

We visit different places like Potala Palace, Jokhang temple, Norbulingka palace, Sera monastery, and Drepung monastery in Lhasa. And return to the Nepal-Tibet border Tibetan cities Shigatse, Shegar, Zhangmu, and many others. We will be rewarded with scenic views of mountains and Tibetan plateaus all along. In this way, we start and end our journey in Nepal’s capital city, i.e., Kathmandu.

Heaven Himalaya takes you to the magnificent city of Lhasa

Heaven Himalaya escorts you for your journey to the magnificent city of Lhasa. Explore the Tibetan cities, Tibetan heritages, and Tibetan terrain as you drive from Lhasa city to Kathmandu. Nothing could be more rewarding than Lhasa to Kathmandu Tour. If you were looking for something different, then we have options like Tibet Everest Base Camp Tour and Kailash Mansarovar Tour for your kind scrutiny.

Sightseeing tour in Kathmandu includes a guided tour around the art historical, and cultural monuments around the Kathmandu city that has been listed under the UNESCO World Heritage Site charts. Today, after breakfast, your tour guide will pick you up for a city tour ahead. The tour starts from Kathmandu Durbar Square, a historical palace that dates back to the 16th century during the Malla reign in Nepal's medieval period. The palace is an enormous complex with a palace, courtyards, and temples. The structure is beautifully crafted with various wood, metal, and stonework. We explore the periphery of the palace and visit a museum inside the palace. After exploring the palace, we head to Swayambhunath stupa, a large stupa placed on a hilltop surrounded by various Buddha statues and monasteries. Next, we drive to Pashupatinath temple, the oldest Hindu temple with many temples and statues that date back to ancient times. At Last, we head to Boudhanath stupa, a huge stupa placed on a three-layered Mandela. We visit all these beautiful heritage sites and end our day with a drive back to your hotel. Tonight, spend your time at a hotel in Kathmandu.

Day 3 Fly from Kathmandu to Lhasa

Take a flight from Kathmandu airport to Lhasa city. Enjoy the views of the Himalayas as you fly over it to Lhasa city. Upon arrival, our Chinese crew will welcome you at the airport and drive you to a hotel in Lhasa city. If time allows, you can check in the hotel, rest for a while, and explore the nearby streets of Lhasa around your hotel. Tonight, spend your time at a hotel in Lhasa.

Your day starts with breakfast at the hotel. Then your guide will pick you up from the hotel for a sightseeing tour around the city today. The guide would explain to you the historical and religious significance of the sites. If you have any queries during the tour, you can ask your guide. The sightseeing tour for the day comprises the places like –

Sera monastery–It is one of the great three Gelug university monasteries in Tibet. It is an enormous complex with a big assembly hall and three colleges. The whitewashed walls, red-colored art in the ceiling walls, and golden colored roof are the monastery features. It is responsible for around 19 hermitages, including four nunneries located in the foothills of Lhasa.

Jokhang temple – It is an ancient Buddhist temple in the Bakhor street of Lhasa city. The architectural structure of the temple is a mixture of Indian Vihara design, Tibetan and Nepalese design. People also regard the temple as the spiritual heart of Lhasa city.

Potala Palace–Potala Palace is a grand palace of Dalai Lama that rises tall at a hilltop dominating the entire Lhasa city. As you enter the city, the first thing that comes to your sight is the red and whitewashed building on a top of a hill, the Potala Palace. We know the palace for its grandness, huge complex architecture, and dramatic location. The palace has been listed in the charts of the UNESCO listed world heritage sites.

After breakfast in the hotel, we set off for an overland drive today. We follow a beautiful highway path towards Gyantse. We pass two high mountain passes, namely Kora La (5010m) and Kamba La (4794m), on our way to Gyantse. The magnificence of Lake Yamdrok is even more enriching. At Gyantse, we visit a popular monastery named Pelkor Chode monastery and Gyantse Kumbum. After exploring the monasteries, we continue with our drive along a scenic highway route to Shigatse. Tonight, spend your time at a hotel in Shigatse.

We enjoy breakfast in the morning and visit the Panchen Lama Tashilumpu monastery in Shigatse. Then we continue with a drive to Shegar via Gyatso La pass at 5220 meters. We drive along some fascinating Tibetan landscapes enjoying the views of villages, monasteries, pastures, yak herders, and mountains in the backdrop. Upon arrival, we check into the hotel and relax. Tonight, spend your time at a hotel in Shegar.

Today, after breakfast, we head towards Zhangmu near Nepal-Tibet border. We drive along the highway and cross Lulang La pass, where we can appreciate some alluring mountains like Mt. Shisapangma and Mt. Cho-Oyu. Enjoying the interesting views of Tibetan landscapes, Tibetan cities, and mountains on sight, we drive towards Zhangmu. Tonight, spend your time at a hotel in Zhamgmu.

Today, after breakfast in Zhangmu, we drive towards the Nepal-Tibet border. We fulfill all the immigration requirements and formalities and bid bye to our Tibetan crew at the Nepal Tibet Friendship bridge. Our Nepalese crew will escort you to a vehicle that will drive back to Nepal's capital city, i.e., Kathmandu. Tonight, spend your time at a hotel in Kathmandu.

Today, fly home from Kathmandu or continue your travel to some other destinations around the globe. We will drop you at the airport three hours before your scheduled flight. We hope you had a great time with us. Thank you, have a safe journey home.

When deciding what goes into your bag, it is important to check out the characteristics of the tour as well as the season/month in which you are visiting the place. If you are wondering what to pack, then here’s our recommended packing list and equipment.

I did the ABC Trek with them. It was a great trekking experience. We only had 12 days, so we customized their 14-day trip to make it a 12-day trek to Annapurna. The company had everything organized carefully, and the trip was very well executed. Ram, the guide, was very helpful throughout the whole trek. Thank you, Ram.

This Was By Far One Of Best Services

This was by far one of the best services I'd gotten. The trip was super challenging and super rewarding all at once! Sanjib and Ram were both excellent and knowledgeable. We trekked to Annapurna Base Camp in November, and it was by far our best trekking experience. They were also incredibly caring, which is important when you are trekking to high altitudes where you have never been before. They always ask how we feel and always check our pulses. Thank you for caring for us throughout the trek. I highly recommend using Heaven Himalaya for any hikes in Nepal.

Arranged An Amazing Trip to Annapurna

Heaven Himalaya arranged an amazing trip to Annapurna. They were very communicative and always provided prompt responses to our questions. Plus, Ram is an excellent guide. He was always concerned about us. Overall, I am not disappointed about booking the trip with them.

I totally loved the holiday package

I totally loved the holiday package organized by Heaven Himalaya. It was very well executed. The driver, our guide, porters, and other people who are responsible for running the trip were very caring and professional. Thank you for the experience.

Thank You for making our post-COVID EBC trek amazing. The guides, porters, and Mr. Ram did a great job from the beginning of our COVID test at a hotel in Kathmandu till our farewell in a restaurant in Thamel. We were at our own pace and never hurried. We felt safe and immensely enjoyed our Nepal vacation. With heaven Himalaya, nothing goes wrong. I highly recommend them to other travelers who will book Mt. Everest Base Camp Trek. 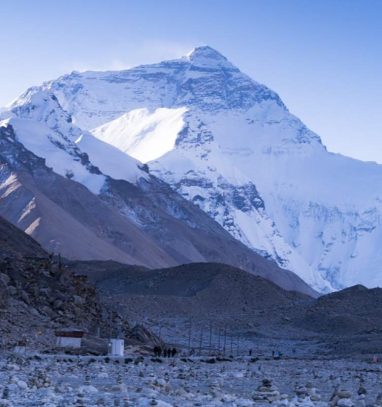